Why I love wine.. 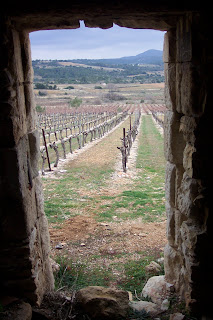 From the film “ SIDEWAYS “

MAYA
Why are you so into Pinot? It's like a thing with you…..

MILES
I don't know. It's a hard grape to grow. As you know. It's thin-skinned,temperamental, ripens early. It's not a survivor like Cabernet that can grow anywhere and thrive even when neglected. Pinot needs constant care and attention and in fact can only grow in specific little tucked-away corners of the world. And only the most patient and nurturing growers can do it really, can tap into Pinot's most fragile, delicate qualities.Only when someone has taken the time to truly understand its potential can Pinot be coaxed into its fullest expression.
And when that happens,its flavors are the most haunting and brilliant, subtle and thrilling ..and ancient on the planet.
Posted by Nectar Wines Blog at 11:06 AM No comments: Links to this post

Last Saturday we had a wonderful tasting with customers and WineClub members to celebrate our 3rd Anniversary in our Sandyford shop.

Troy Kalleske, winemaker at Kalleske and Red Nectar in the Barossa Valley was over for a visit and we took the opportunity to taste our way through some great wines from his range.

Amusingly Troy was asked to "autograph" some rare bottles for customers..it was the nearest thing to "Wine Groupies" I've ever seen..

A wonderful range of wines..everyone had their faves as usual..I thought the Clarrys Red and Red Nectar Shiraz showed particularly well on the night..It was also very nice to try some special and rare wines from Kalleske, like the Old Vine Grenache and Johann Georg..

I've no doubt it was the first time many customers would have got to try a Fortified Shiraz..I reckon that would be just great on Christmas Day with some pudding or a few mince pies..
Posted by Nectar Wines Blog at 10:13 AM No comments: Links to this post 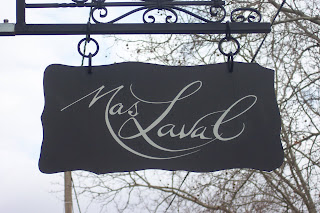 I recently spent five days in the South of France going around wineries tasting, meeting winemakers and “talking wine.”

As many of you already know, Carl and myself are big fans of the wines from this region and we already have established links with quite a few small, family-run, boutique wineries in this area.

This wine trip was a great forum to meet up with our winemakers, to taste and try the new vintages and also a time to find new contacts, and meet some up-and-coming winemakers from new unexplored regions.

Watch this space as very soon we’ll have some absolutely cracking new wines in stock..

- an exciting range of Reds from the up-and-coming Pic St. Loup wine region and a maverick new producer called Benoit Viot at Le Chemin des Reves. The first wine in their range is called Bois-Moi (Drink Me!) and is certainly very well-named! Their top wine Utopie 2 (Paradise Part 2!) has a really funky red label and was one of the stand-out wines of this trip.

A visit to the winery and vineyards, in the company of Joel Laval reminded me just how great these wines really are. The new vintages are superb. The only thing with Mas Laval is that we only get 30 cases per year. These wines are among the best of the Languedoc and the estate is seriously sought-after in France. These wines are set to go up in price in the next few years and at the moment Les Pampres offers sensational value! The winery is in Aniane village with some other big-name, famous and much more expensive producers, like Mas de Daumas Gassac, Grange des Peres and Montcalmes.
If you’re a fan of French wine I heartily recommend you get your hands on a bottle or two before the stocks are gone again.

I was delighted to meet up again with Remi and Florence Bonnet of Domaine Aimé, a really charming couple of true vignerons. (Some of you may remember they came over to see us last year for a WineClub Tasting in the shop…)

The new vintages are showing really nicely and they have revamped their labelling..who says the French are not willing to change and learn from the wines of the New World! New wines will be in stock in a couple of months..in the meantime we still have some (not much..) of their cracking 2002 Minervois La Liviniere ( the one with the orange label!..as some of our customers know it..)

I’d forgotten just how beautiful and charming the winemaker Helene Thibon of Mas de Libian is..and her new wines are just sensational..
Good Cotes du Rhone is really hard to beat in terms of giving pure, instant wine pleasure and this Domaine is very close to our hearts, given that it was our first exclusive import to Ireland..the first vintage we sold was 1998, we’re now selling 2006 and the wines have gone from strength to strength.
Organic producers who don’t make a song and dance about it, their wines, particularly the reds, are really worth a try if you haven’t had the pleasure..They also make a superb 100% Viognier (we only get 10 cases..) which is something different in a White..especially if you’re a bit tired of all that Chardonnay and Sauvignon Blanc..
Their top wine La Calade is made from gnarly old Mourvedre vines ( which give a really low yield of top-quality grapes) and this wine is really something special..only 48 bottles available..and at 15% is total jungle juice!

Stephane Saurel is our friend and winemaker here in the heart of the Cotes du Ventoux area. The wines are like Cotes du Rhone in general style, but offer really good value for money.

Stephane’s Red and White are pretty much our house wines here in the shop and for short we just call them CDV Red and CDV White..they’re like old friends at this stage..the new vintages keep up the Domaine’s impeccable standards..every time I meet Stephane his English becomes more impeccable too..I hope to welcome him soon in the shop for a tasting to meet up with our WineClub..

Stephane’s other big news this year is really eco-friendly in that he’s just ordered a Windmill which will provide most of the electric power for his winery (thanks to the powerful Mistral wind which blows down every year through the Rhone Valley)
A fantastic endeavour and winery which we’re glad to support.

David Reynaud is fast becoming one of the most talked-about winemakers in the Crozes Hermitage Appelation and if you’ve tried his Cuvée Georges Reynaud Red you’ll quickly understand why..
A young, gentle giant of a man, he only took over the winemaking at his family Domaine five years ago and already has gained a stellar reputation for making top-notch wine.

A Biodynamic winemaker (certified organic by Ecocert) the purity of the fruit in his wines really shines through. I can’t recommend his 100% Syrah Georges Reynaud highly enough. Tomas Clancy the Wine-Writer made it one of his wines of 2007!

I met up again with Helene Chouvet, the owner, and Agathe, the winemaker, at Domaine de Fontavin to try their new vintages.
These classic wines just get better and better and boy are they easy to drink and enjoy. If you twisted my arm and asked me to pick my favourite wines I’d certainly include Chateauneuf. It’s a world-famous wine for a very good reason..its very very good.
The Rhone is very consistent for wine quality and they don’t get average vintages as often as say, Bordeaux or Burgundy.
Fontavin Reds are certainly popular with our customers because of their sheer drinkability but keep an eye out for their White Chateauneuf.. a real WOW! White wine with a great bit of character.

I was very happy to catch up with winemaker Regis Geoffroy , who’s known as the “King of Sauvignon” in the Duras area in South-West France. You couldn’t meet a nicer guy. Very low-key, Regis lets his wine do the talking. His Sauvignon Blanc is a huge hit with our customers and offers real quality at a decent price. They recently won the Coup de Coeur award from The Guide Hachette (The French Wine Bible..) which they’re delighted about. If you thought his 2006 white was good wait until you try the 2007..blinding stuff!